Sample of The Confident Butterfly 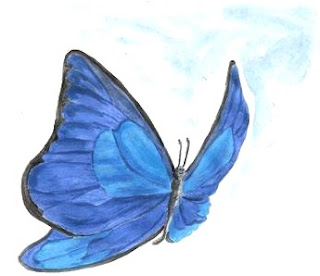 Common Place is the home to many caterpillars and is ruled by Commander Critic, who prohibits growth and change. One rebellious caterpillar is about to change everything they know. Natalie embarks on a forbidden journey where she embraces her own identity, discovers the truth that has been hidden from her people, and realizes her destiny. She faces many hardships that develop her character, and she must challenge everyone’s long-held beliefs.

Common Place is the home to many caterpillars. It lies in a quiet valley under the protection of a tall oak tree. It is indeed a common little city where nothing much happens, and no great accomplishments ever take place. The only thing any caterpillar strives for is being average, comfortable, and safe. Change is absolutely forbidden.


Natalie sat day-dreaming at the edge of her favorite cliff. Beyond the safety of her home, she saw the river caressing the sweet earth below and the mountains joining the sky like lost lovers from a different world.


The wild colors of sunset romanced the dark colors of night. Tangy pink taffy melted into orange sherbert that drizzled across chocolate mountains. Then the wild stain vanished into a canvas of blinking stars.


The beautiful unknown beckoned her. What kind of adventure waited for her in that forbidden world? Then she sighed as reality drank up her fantasy that left her with the bitter taste of sadness. Like every other caterpillar, she would never leave the safety of her home.


As if to reinforce her situation, she glimpsed upon the border signs flanking tall bushes. 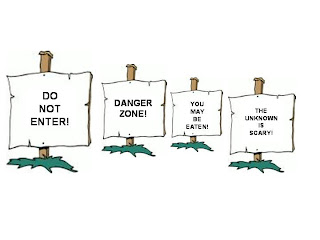 Commander Critic, the ruler of their people, arrested caterpillars for even thinking of exploring the other side. She, herself, was in violation of the laws just for coming to the edge of the city where she wrote her poetry and short stories filled with adventure.


Arriving home, Natalie was immediately scolded by her mother. “Have you been up there again scribbling nonsense in your journals? Your father and brother were out gathering leaves for dinner, and you were nowhere to be found!”


Plates clanked loudly as Mamma continued setting the table. No more than a breath passed when she added, “You’ll never be anyone important, Natalie. I don’t know why you’re so delusional in who you think you really are.”


The words stung deep within Natalie’s heart. She could feel the warmth of tears, but blinked them away. She forgave her mother for the comments. Mamma was only repeating generations of belief that infiltrated every mind within her city.


At dinner she quietly munched her leaves. It was best not to argue. She knew her voice wouldn’t be heard, her love of adventure never understood nor accepted. Then she went to bed.


For years Natalie was told her dreams were too big and she’d never reach them, that her stories were unrealistic, and she needed to stay focused on reality. Her peers thought she was a snob; her teachers thought she was a foolish day-dreamer. One teacher, Mr. Foland, actually wrote that on her homework on several occasions and took extra points off. She was even labeled a trouble-maker.


Last year, when they found out about her journals, she was called into Commander Critic’s office and told she couldn’t write her adventure stories because young, impressionable minds may read them and want to leave the city and go on their own adventures. They may be encouraged to break other laws and could lead to total anarchy.


She was tired of the small life she lived; tired of the small future she envisioned. She knew if she stayed, the sun of her spirit that warmed her dream would no longer shine. The buds of hope would become cold and black with death. And without that dream, she would succumb to the same fate.

To purchase a copy of the book amazon


Posted by Discover Your Wings at 2:14 PM