August 2010 my husband and I booked an 11 night cruise to the Caribbean on Celebrity for April 2011. For nine months I was looking forward to a much needed vacation. Slowly the calendar rolled around to the magical day of April 8, 2011.

The flight to Ft. Lauderdale, FL, was four hours. I was anxious to see Florida again after eight years. It was my favorite place to live.

What amazed me about this vacation is from day one until day 14, we saw nothing but butterflies. They were everywhere! The flight attendant had on a butterfly badge holder and a ring. I just knew the flight would be smooth and uneventful. I even got to sit in the bulkhead—my favorite place to sit so I can get off the plane when it lands without having a panic attack. In the Ft. Lauderdale airport I saw a gold butterfly in the mosaic floor tiles.

Lush, green plant life, palm trees, white sand and the turquoise ocean greeted me. April humidity was low and it was breezy. Florida was just how I remembered it. I was homesick.

A Packer’s fan and friend of my husbands’ decided he wanted to show us the great places of his home. I lived in Tampa, so this was all new to me as well. He took us to a great Italian restaurant, Umberto’s of Long Island, he’s been frequenting for decades. This little hole-in-the-wall was worth the drive to Hollywood. 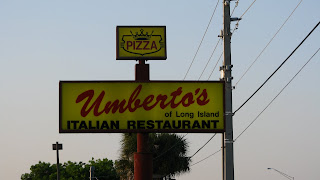 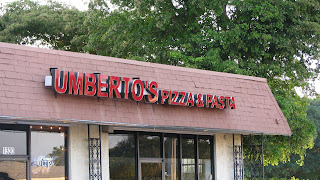 Upon returning to our hotel, he drove us to another hot spot called Grandpa’s Bakery and Restaurant. He told us that we absolutely had to eat there before we left for our cruise. This hole-in-the-wall had been around for decades as well and made it to the Food Network Channel. Then he showed us ’s Ice Cream Parlor in the next parking lot and said the same thing. The line to this establishment was long outside the door and there were crowds of people eating outside.
April 10th:
The next morning we drove back to Grandpa’s and waited in the long line to be seated. In the meanwhile, you were tortured with the bakery case full of homemade goodies that got your appetite stirring. We were not disappointed with the wait or the breakfast. They were not skimpy on the food.

Along with water, we received apple fritter pastries while we waited for our order. Plates flowing with food were distributed to other tables around us giving us a glimpse into what we were to expect. In the past few months I quit eating hash browns and french fries, but I couldn't resist the buttery-golden-brown goodness covering my omelet. 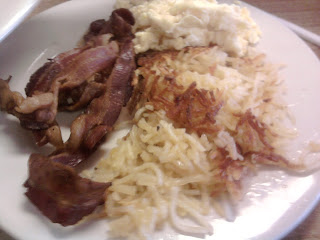 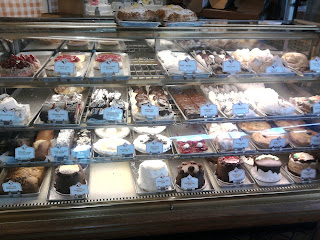 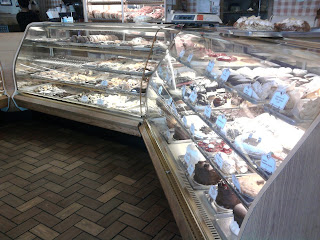 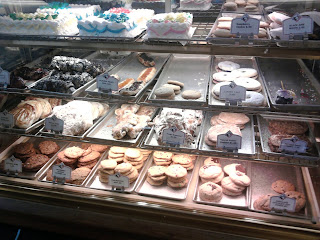 That night, we returned to Jackson’s with our friend and waited in another long line. Many flavors of ice cream tantalized my taste buds as I salivated over the menu trying to decide what I wanted. The ice cream was incredible and they didn’t skimp on the amount either. Vanity llicense plates from all states adorned the walls. Old-fashion bikes, wagons, pots, jars hung from the ornate ceiling. In the front was an old piano and one of those scary looking fortune teller machines.

I hadn’t even begun the cruise and I was already gaining the pounds! 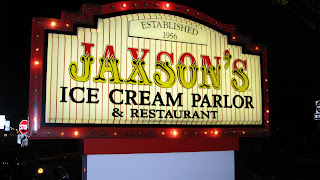 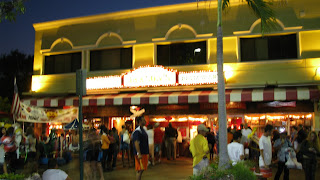 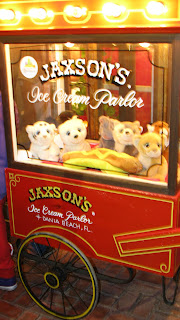 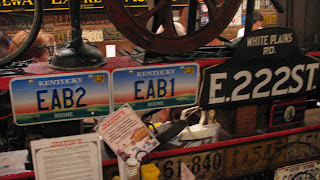 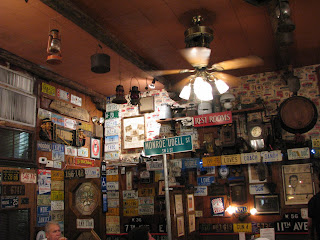 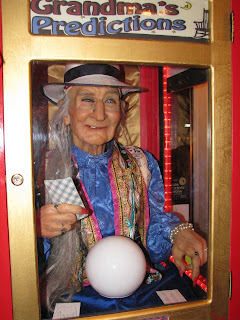 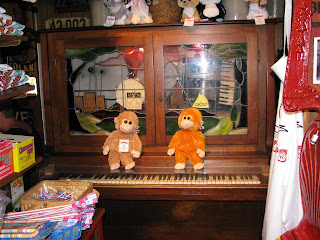 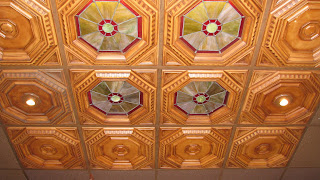 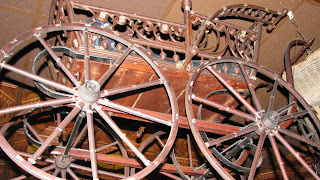 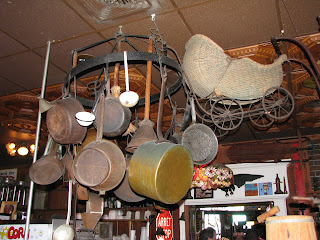 Posted by Discover Your Wings at 2:00 PM