(Disclaimer: Only books are professionally edited. Not my blogs.)

Puerto Limon, Costa Rica. I’ve seen Costa Rica on the Home and Garden Channel, been envious of people who’ve vacationed and gone to live there. It was one place I definitely wanted to see.

We began our day by boarding a bus to enjoy an afternoon of hiking through the rainforest and learn how chocolate’s made.

I’ve been seeing butterfly clothes, accessories, pictures, as well as live butterflies on the trip and today I saw this:
﻿﻿ 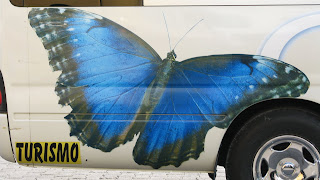 Many butterflies were blessing our trip.

Apparently this butterfly didn’t bless this journey. The bus ride quickly went from two hours to three. A Chiquita Banana truck decided to over-turn over on the main two-lane road. Traffic was backed up for miles in each direction. It was a very. Long. Trip. 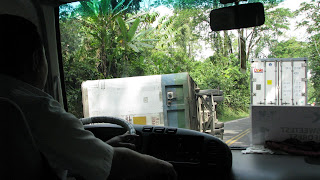 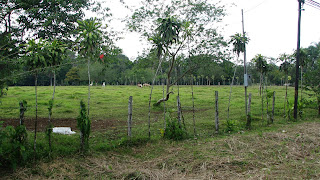 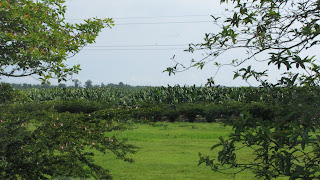 ﻿
﻿ Question: What kind of shoes would you wear while hiking through a rainforest?

Arriving at La Tirimbina Rainforest, I noticed all but three of us were wearing flip-flops. I kid you not. We had to wait for the Clueless Clan to change into a stunning pair of galoshes that I don’t think had ever been washed. Hello foot fungus!

The suspension bridge stretched out ahead and disappeared into the lush foliage; below, a river that would become full during the rainy season. Once on the other side, we were transported into a Keebler Elf’s dream. Overhead, the dense canopy blocked the sun. Archways of vines tangled their way above our heads and around trees. A brick path complimented by wooden steps guided visitors to their destination. 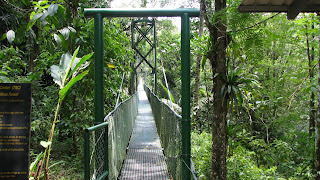 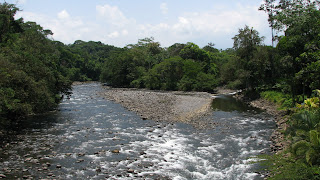 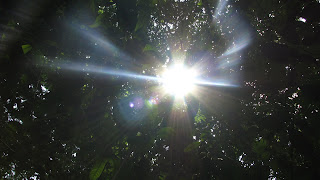 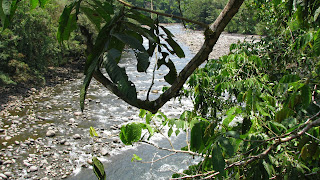 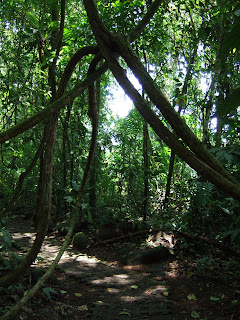 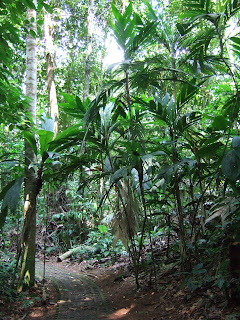 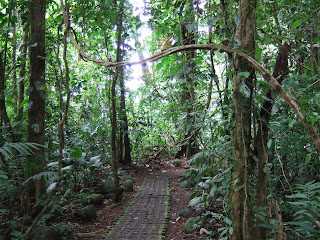 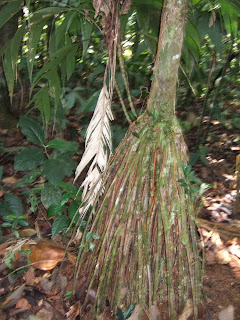 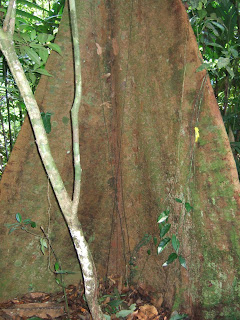 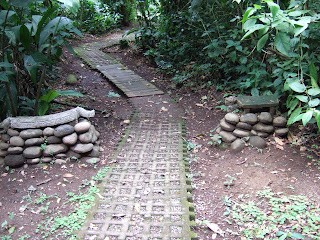 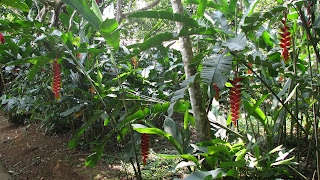 ﻿We found ourselves at a small, wooden structure where we would watch the entire process of how chocolate was made originally and how they do it today. The unprocessed cocoa bean is bitter and doesn’t taste like chocolate. 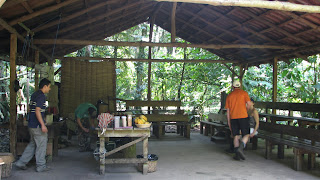 ﻿﻿
﻿Fun fact of the day: white chocolate isn’t chocolate. It’s cocoa butter.
Chocolate was originally used in corn and chili. They had no idea what a sweet-tasting gold-mine they had!

During the demonstration, a butterfly came to say hi. It demanded more attention than the chocolatiers preparing our treats. There were several winged beauties soaring through the air, but this one was large and magnificent.

I was hungry and anxious to get back after the show. So when they dismissed us, hubby and I took off. It also allowed us to get pictures, enjoy the sounds of nature, and get better pictures from the suspension bridge.


Our group wasn’t as enthused about returning. In fact, the bus driver and tour guide were looking for them. There was concern in case the accident was still causing issues on our return trip. We went to the gift shop and were halfway through our lunch by the time the group decided to show up.

Exhausted, we meandered back to the bus to discover we had a hitch-hiker—a bee decided he wanted to go back with us. I promptly got off the bus when the woman started swatting at it and no one else got on in fear of retaliation from the stingy creature.

She eventually squashed the bee, opened the window, and threw the bee out the window . . . on me. Screaming, I jumped back while she had a look of horror on her face when she realized what she’d done. We both burst out laughing. That’s okay, I got even. I took a picture of her snoring away on the way back.

The way people drive in other countries and Caribbean Islands leaves me baffled that I haven’t been in an accident. I forgot to mention we almost died in Roatan as a garbage truck decided he wanted to pull out in front of us and our driver didn’t want to use the breaks. I sat in the front seat calmly thinking, I’m gonna die today.

On the way back, I witnessed several trucks and cars playing chicken with our tour bus. It was scary at first, but soon passed the time.
﻿
Thankfully the accident was cleaned up and we got back in two hours.

Arriving back on board, we quickly showered, had pictures taken, and headed to the Cirque (du Soleil's) Equinox show. I’d never seen them live, only on TV. I even saw a special on HBO about how they’re recruited and train. I was so looking forward to seeing them live I talked about it for months. http://www.nervelessnocks.com/cirque/cirqueintro.htm 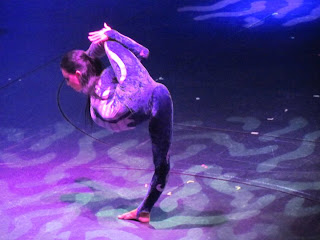 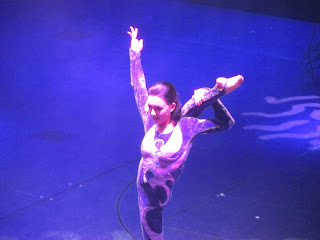 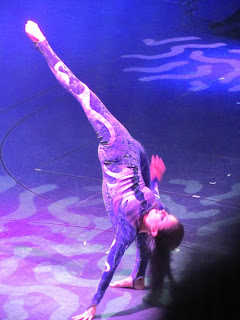 A few acrobats dressed in elaborate costumes entertained the audience. Several times they startled people who were oblivious to their presence to include me and Travis. One guy dropped down from the ceiling and patted me on the top of my head. Later, Travis kissed me on the cheek and I looked over and started laughing. He turned to see what I was laughing at and jumped when he saw a woman staring at him with a funny expression.

Then the show started. It was incredible!!!! If you ever get a chance to see them, do.

What made their balancing skills more remarkable was the fact the ship was gently swaying during their entire performance.

After the show, we went to another specialty restaurant, The Silk Harvest (Asian Cuisine) where we had an amazing break-through! Travis finally learned how to eat with chopsticks! We ate peanuts with our chopsticks until dinner arrived. 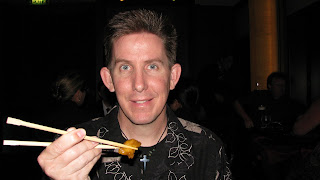 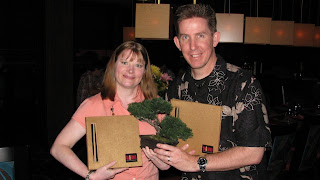 We didn't have a sunset that night so I leave you with our moon pictures. 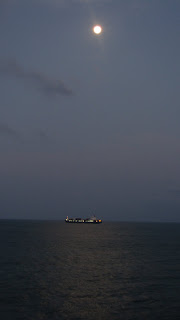 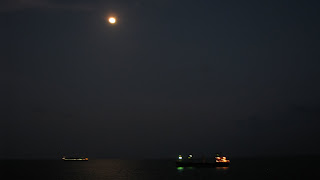